The AODD Pump Manufacturer With the Most Durable Pumps

We're here to partner with you to ensure you select the very best pumping equipment to solve your most challenging application needs. We'll provide the right equipment the first time, and we’ll be there to support you with expert service to support you throughout the life of your pump—from selection through maintenance.

For more than 50 years, SANDPIPER, the original Warren Rupp pump brand, has been a leader. We offer continuous innovation and provide the broadest range of the most reliable and durable air-operated double-diaphragm (AODD) pumps to support an extensive set of markets around the world.

We stand behind our industry-leading range of pumps, which are backed by a best-in-class factory warranty. Offered in various sizes, types and models, SANDPIPER has the widest range of product configurations and unrivaled pump technologies to solve your unique market, compliance or application problems. Each pump is backed by:

Our story explains why we've been able to stand the test of time to meet the demands of a constantly changing marketplace. 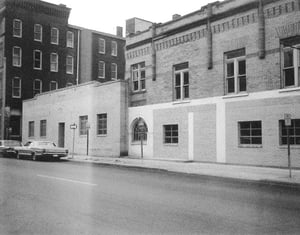 In the spring, Warren Rupp left the Gorman-Rupp Co. to build a company founded on the principle of building “new and different pumps” as the “Originators in Pumping.” Founded by Warren E. Rupp and Charles E. Young, Jr., the company started with $8,000 equity capital in Mansfield, OH. Mr. Rupp and Mr. Young purchased 30’ by 60’ two-story building in downtown Mansfield.

Porta Pump is launched shortly after, with the founder's hand assembling the first 25 Porta Pumps. Porta Pump was born when Warren used an old lawnmower motor from a manufacturer that discontinued the production of a battery-powered lawnmower.

Warren Rupp’s premier brand is created with the development of the SA2 Flap Valve pumps. It was born by substituting a prior pump design with air for water and by doubling the diaphragms. This double diaphragm pump is new to the industry and is known today as the Heavy-Duty Flap. 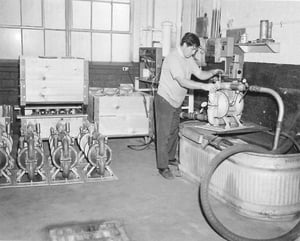 As the company continued to grow, a new, 50,000 square foot manufacturing plant was built on a twenty-acre site, which is the current location. The current site has since expanded to 80,000 square feet.

Additional growth facilitates the addition of new front offices and new machinery in the manufacturing plant. 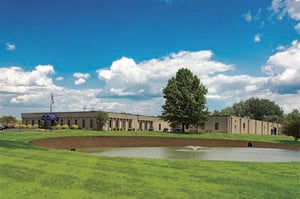 Warren Rupp acquires Pumper Parts and Versamatic. The purchase is facilitated to obtain both the Versamatic pump product line, as well as its Pumper Parts replacement parts. Manufacturing operations for Versamatic later move from Export, PA to Mansfield, OH in 2008. 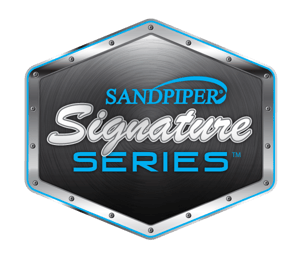 SANDPIPER forms its Signature Series line of products, which includes:

On August 23rd, Warren Rupp reaches a new milestone: over one million pumps have been produced. 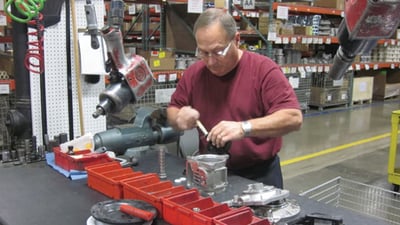 Manufacturing plant undergoes a major renovation. This includes a heavy investment in automation and improvements to material flow. Additionally, there’s remodeling on the assembly floor, conveyors are installed, and additional office space is built.

Warren Rupp is named one of the nation’s best manufacturing plants by Industry Week Magazine, making Warren Rupp the only AODD manufacturer to win this award in 2012

Warren Rupp is featured on The Green Room, an environmental National Television Series, highlighting the high energy efficiency and eco-friendly strategies of the company.

Evolution improvements are introduced to select SANDPIPER pumps, focusing on increasing max flow rate while decreasing air consumption. Any pump model receiving these updates is identified with the Evolution in SANDPIPER literature today. 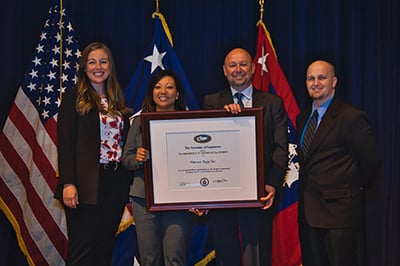 The Mansfield, OH facility experiences a renovation of main office and engineering areas.

On May 24, U.S. Secretary of Commerce Wilbur Ross presents Warren Rupp Inc. and 48 other companies with the President’s “E” Award for Exports at a ceremony in Washington D.C. The President’s “E” Award is the highest recognition any U.S. entity can receive for making a significant contribution of U.S. exports. The company celebrated the award with a cookout, flag-raising ceremony, and with special guests and elected officials.

Using their hundreds of years of combined experience, SANDPIPER engineers can help you find the perfect AODD pump for your job, and our after-sales support team offers exceptional technical guidance in every step of the maintenance and troubleshooting process to ensure your pump is always performing at its best. Our team is here to help you diagnose your pumping needs so you gain maximum efficiency by applying the right technology to the job. 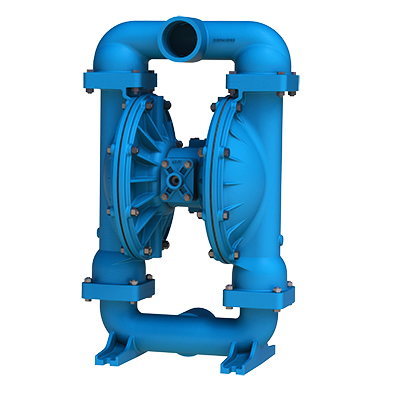 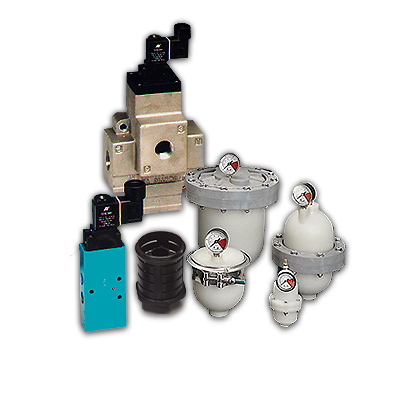